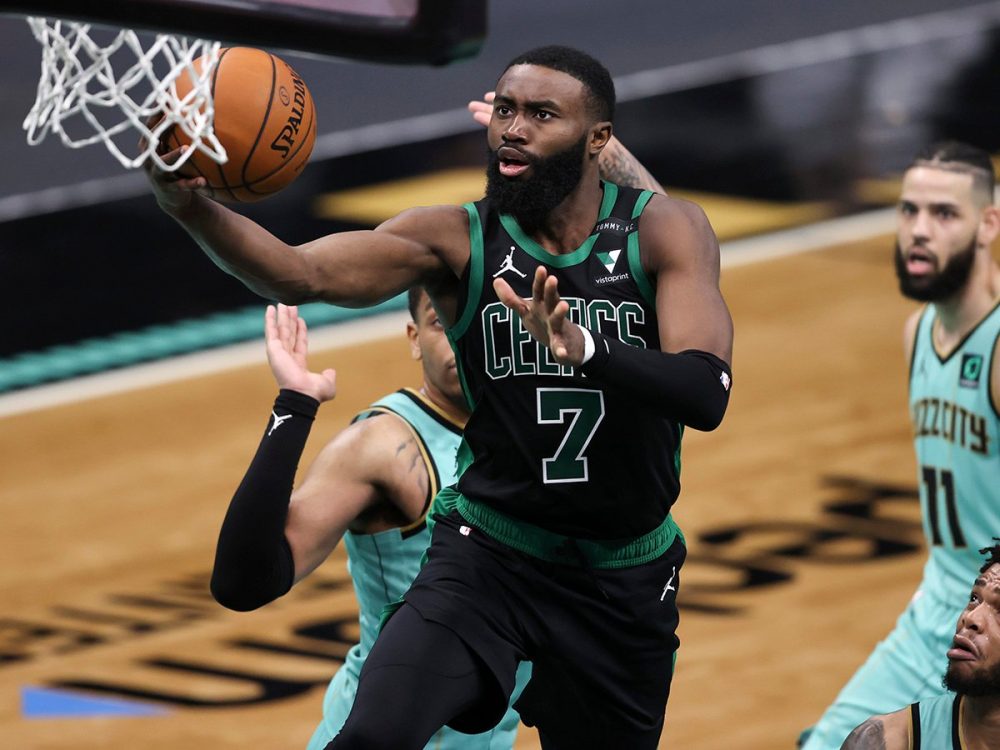 “When you want to sign with Jaylen, you have to consider what I do off the field and try to enlarge this platform as well, regardless of whether it is my foundation, social activism, charity, whatever. Must be included. These brands, they talk, but do not want to include what I want to do off the field. Sounds good, but when you think about it, they really do not care.

Vice President of the players’ union, very active in social affairs, but also without an agent to negotiate his contracts until 2019 and still without an agency to manage communication and his “sponsorship” contracts. Jaylen Brown will be closer to the Donda Sports team, founded by Kanye West.

TMZ reports that both parties have signed an agreement since March, but its formalization should take place in the following days, before or after the NBA Finals between the Celtics and Warriors.

We do not yet know at this stage the terms of their cooperation and whether this will only have to do with the development of his image on the extra-sporting level, or whether it will also include a representation of the player in relation to the NBA franchises. , especially when he becomes a “free agent” in 2024.

Anyway, it’s the values ​​that Donda Sports wants to embody (education, social activism, charitable engagement), which would have tricked the scales in the player’s mind.

So far, Donda Sports has focused its recruitment work on young people with high potential. Following the signing of American football player Aaron Donald, NFL 2021 champion, “Donda Sports” is taking a new step by offering itself a new muse chosen by Jaylen Brown, who will play in her first final of the NBA.