Changes in agriculture over the past decade have created tremendous opportunities for America’s farmers, and Minnesota is at the forefront of this innovation. Today, Minnesota farmers are using a variety of technologies including drones, robots, satellite imagery, sensors, networks and other advanced tools to increase crop yields. However, some lawmakers in Congress want to pass short-term legislation that will stifle innovation and kill the lifeblood of Minnesota’s economy. 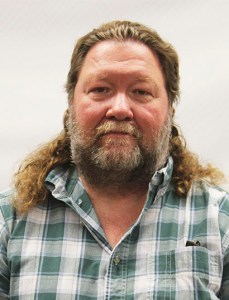 In his first viral video, Zach Johnson (“MN Millennial Farmer”) expressed concern about the disconnect between farmers and consumers. His videos now show more than half a million people around the world both the rich agricultural tradition of Minnesota and the sad realities of modern farming. Like most successful farmers in America, Zach is innovating in a tough economic climate, and his new farming methods are leading the way for the future of innovative agricultural practices.

Related bills, such as the American Online Choice and Innovation Act, would undermine the ability of farmers like Zach to innovate and adapt to meet the challenges of modern agriculture. Minnesota’s elected officials in Congress should be fighting for more economic opportunities for Minnesotans, not pushing bills that set us back.

With severe flooding in some areas and record high fertilizer prices, Minnesota farmers can’t afford to lose efficiency and lose crops, especially when they’ve been looking for innovations and new technologies that have dramatically increased yields over the years. Growing 50 bushels of wheat per acre was considered a success in the 1970s, but technology and agriculture have converged to make food production safe, efficient, environmentally friendly, and networked. Now is not the time to stifle innovation with misregulation, as private and public research and development are creating new varieties of corn that mature in 80 to 90 days instead of 120 or 130.

Farmers across the country will face historic challenges as Minnesota continues to attract entrepreneurs and innovators, including five of the top 30 food companies in the United States. It is estimated that by 2050, the world’s population will increase from 7.2 billion to 10 billion. As a result, Minnesota has continued to invest in a number of advanced agricultural technologies, including Bloom NanoBubbles, which inject oxygen nanobubbles to supplement irrigation water, drones that create 3D models of fields, and Rowbot, which operates autonomously. sensors that turn soil, protect plants, tell farmers exactly where to plant, and other emerging technologies.

We’ve seen how technology can increase profitability, reduce the economic impact of agriculture, and produce the food we need in the future. New agricultural technology will allow Minnesota farmers to overcome more challenges. According to one Minnesota farmer who created a nationally recognized water conservation project, “Farming has changed. We’re not perfect, but we’ve been trying to do everything we can with technology and precision to meet the standard.”

Due to political uncertainty, the adoption of new technologies has slowed dramatically, leaving farmers without new tools, the study found. At the same time, innovation made American farmers the most efficient in the world. Aided by technological advances, Minnesotan farmers have exponentially increased the resilience and productivity of the US food supply; Yet members of Congress continue to push misguided legislation to handcuff farmers and innovators as food demand rises. These efforts will not only hurt American companies, but also hinder American farmers who are using new technologies to transform agriculture.

I urge Minnesota leaders in Congress to resist this shortsighted effort to hurt American tech companies at a time when global competition is at an all-time high. Congress should adopt policies to promote new farm technologies and adopt new farm technologies. Failure to do so will hurt farmers and the Americans who rely on them.

Henry Tews is a resident of London.